Zen and Violence Unite in Japan Society's New Film Series
Zen & Its Opposite: Essential (& Turbulent) Japanese Art House
October 15, 2010-February 18, 2011, at Japan Society
Below is information about the next film series at Japan Society. As some of the images indicate, and as some readers would undoubtedly know anyway, all of the films are available on Criterion DVDs. This is great for those who don't live in New York, or who can't make a particular screening. But it's no excuse not to go see all the ones that you can with an audience appreciative of these great films in a really good theater.

Japan Society's Monthly Classics film series, Zen & Its Opposite: Essential (& Turbulent) Japanese Art House peers into the dark side of the classical repertoire of the late 1950s and 1960s, illuminating the paradoxical and little understood unity of Zen Buddhism and violence. Timed with The Sound of One Hand: Painting and Calligraphy by Zen Master Hakuin (October 1, 2010–January 9, 2011), Japan Society's major exhibition of 17th century Zen paintings, Zen & Its Opposite launches Friday, October 15, with Masaki Kobayashi’s Kwaidan at 7:30 pm, screening another 4 films monthly through February 13, 2011.

In Zen & Its Opposite, 5 master filmmakers offer the bloody and all-too-human spectacle of sin, folly and frailty, in unforgettable tales of crime and punishment, vengeful ghosts and delirious soldiers, mad samurai and deranged marauders, fire and brimstone, and spiritual darkness. The selection promises to satisfy the courteous viewer with an appetite for dark eroticism, macabre poetry and the exquisite monstrosity of the human heart, which will haunt long after viewing.

In his book Zen at War, ordained Soto Zen priest Brian Daizen Victoria documented Japanese Buddhist support for violence and warfare, from 1868 until the end of World War II. He tracked down a surprising embracing of war-making to the intimate relation between Zen and samurai warrior culture.

Each film in Zen & Its Opposite illustrates one or several of the Six Planes of Existence—a Buddhist concept commonly referred to in Japan as "Six Paths" (rokudo) within "the realm of Birth and Death" (samsara). Kobayashi’s Kwaidan personifies the Realm of Humans, a form of hell where tormented souls hover between good and evil, being and nothingness. Shindo’s Onibaba bites from the Realm of the Animals, a condition of servitude in which one is governed by instinct, and in which one has no sense of morality and lives only for the present. Ichikawa’s Fires on the Plain feeds from the Realm of the Hungry Ghosts, characterized by agonizing craving and eternal starvation. Nakagawa’s Hell burns from the Realm of the Beings in Hell, the lowest and worst of all realms, wracked by torture and violence. And Okamoto’s Sword of Doom roars from the Realm of the Asuras—a realm of anger, jealousy, and constant war.

All screening will be in the nicely raked theater with comfortable seats at Japan Society, 333 East 47th Street (between 1st and 2nd avenues), New York, NY.

Zen & Its Opposite Screening Schedule 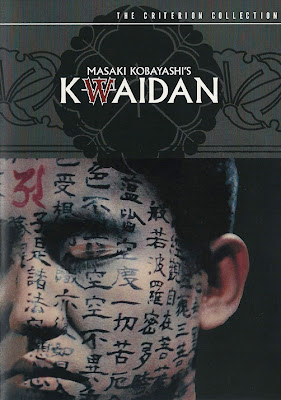 Winner of the Special Jury Prize at Cannes, Kwaidan features four nightmarish tales in which terror thrives and demons lurk. Adapted from traditional Japanese ghost stories, this lavish (one of the most expensive films of its time), widescreen production is a Masaki Kobayashi masterpiece. Painterly, haunting, hypnotic, Kwaidan takes you to the far side of Zen and back. 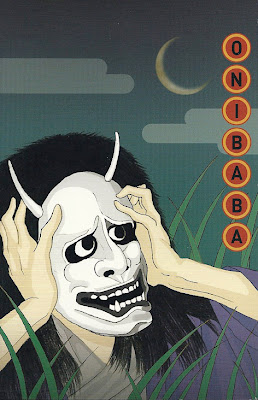 Nestled in a seemingly endless sea of swaying reeds during the war-ravaged days of 16th century Japan, a hard-bitten mother (Nobuko Otowa) and her young daughter-in-law (Jitsuko Yoshimura) lead the nefarious existence of marauders, murdering the stray soldiers and lost samurai who wander into the wilderness surrounding their hut, selling their war gear for rice, and dumping corpses in a deep, dark pit. When their rough and rugged neighbor (Kei Sato) returns from war, conflicting passions threaten to shatter the women’s sinister partnership, and soon the trio’s precarious cohabitation. Intensely erotic and steeped in Buddhist symbolism, Onibaba is both a macabre parable on modern-day consumerism, and a lyrical morality play on the dark power of primal desires. 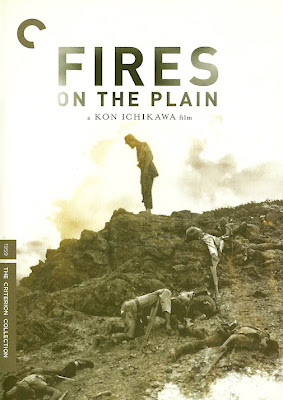 50 years before Clint Eastwood's Letters from Iwo Jima, Ichikawa's Fires on the Plain denounced war with bone-hard forthrightness and barbaric grandeur. In the haunting and timeless tale of Private Tamura (Eiji Funakoshi), the sunken-eyed, tubercular straggler staggers through the hell-like lands of the Japanese-occupied Philippines in 1945. Focusing on the raw desperate drama of starving, barely surviving soldiers of the Imperial Army during the last days of World War II, the film shows war behind the cannons, when guns stop blazing and the battlefield leaves no triumphs or defeats. Winner of the Blue Ribbon Awards for Best Director and Best Cinematography, the Kinema Junpo Awards for Best Screenplay and Best Actor (Eiji Funakoshi) and the Mainichi Film Concours for Best Actor (Eiji Funakoshi). Dave Kehr said in the Chicago Reader, "No other film on the horrors of war has gone anywhere near as far," and Variety called it "one of the most searing comments on war yet made." 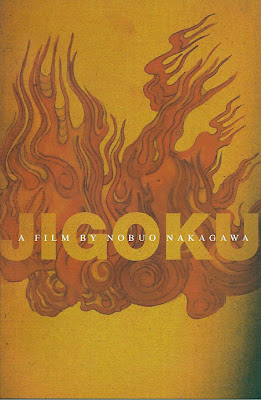 From the father of Japanese horror cinema, Hell explores the further regions of the human imagination and the untold oceans of darkness beyond, in a stunning and epic evocation of the underworld. Theology student Shiro Shimizu (Shigeru Amachi) has seen brighter days. After a hit-and-run accident that takes the life of a drunken yakuza, he tries to turn himself in, when a second car crash cuts his redemptive attempt short and kills his fiancée (Utako Mitsuya). His best friend (Yoichi Numata), who may very well be Shimizu's malevolent doppelganger, gets him embroiled in a tangled web of deadly sin, eventually resulting in mass death. And this where the real psychedelic, psychotic and exotic fun begins. A jaw-dropping mix of surreal, expressionist horror and psychological drama, Nakagawa’s film still stands as one of the most innovative works of the genre ever. 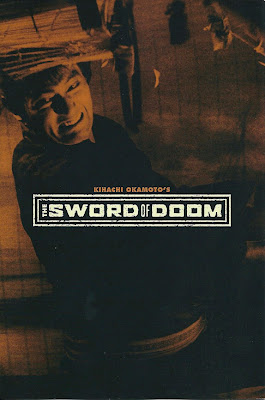 Okamoto’s most celebrated film is samurai carnage cum historical fiction at its finest, starring Tatsuya Nakadai in a transfixing performance as a resplendent but ambiguous villain, and the incomparable Toshiro Mifune in a brief but pivotal role. This cult classic follows the downward spiral of a skilled but tormented swordsman (Nakadai) who kills without much regret, without mercy, and oftentimes, without purpose, during the turbulent final days of the shogunate rule in the early 1860s. From the opening frames to the famed apocalyptic finale, senseless slayings ensue along a long, twisted path of flagrant violations of all codes of honor. Pitch black, misanthropic and menacing, Sword of Doom is a highly stylized and complex depiction of evil, visceral and blessed with the barbaric splendor of the best samurai epics.
Posted by Dr. Stan Glick at 12:01 AM