Free screening of GUARDIAN next Tuesday at Asia Society NY 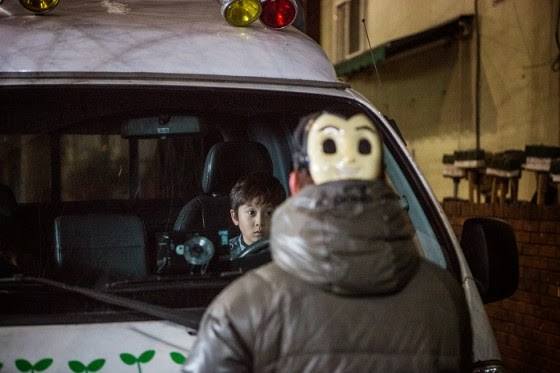 
In his first feature film, and also graduation project at the Korean Academy of Film Arts, director YOO Won-sang delivers an interesting take on the thriller genre. A former firefighter, Jeon-mo (KIM Su-hyeon), runs a flower shop and lives happily with his wife and two children. His world is turned upside down after his young daughter gets kidnapped, and he starts receiving instructions to follow from the abductor. One of the instructions is for Jeon-mo to kidnap another child, and then trade him for his daughter. The moral ripple effects of resulting actions will drive the narrative to a dramatic, unexpected conclusion.
Posted by Dr. Stan Glick at 1:00 AM