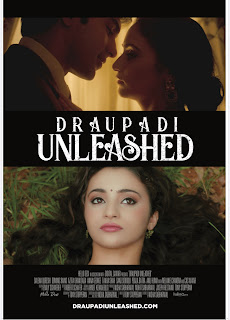 Set in 1930’s India, Draupadi Unleashed centers on sixteen-year-old Indira, who finds herself torn between true love, her duty to follow through with an arranged marriage and the powerful allure of a mysterious guru. Through her heartbreaking journey to self-discovery, long-held secrets are brought to light, and Indira discovers the strength within herself to break free.

In a story that mixes magical realism and gorgeous surroundings with the harsh realities of a patriarchal society, this beautifully-told tale of a young woman at a crossroads in her life offers a rare look at aristocratic Indian society in the early part of the 20th Century - one that will resonate with audiences today.

Based on the novel by the same title by Nisha Sabharwal (also co-director), Draupadi Unleashed is written for the screen and directed by Tony Stopperan, produced by Hello Desi and distributed by Passion River Films.