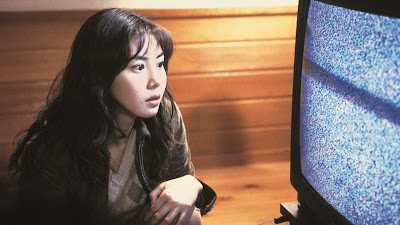 Investigating an urban myth of a cursed videotape that kills its watchers within seven days of viewing, journalist Reiko Asakawa (Nanako Matsushima) discovers a series of unnatural teenage deaths tied to a tangible, real-life tape when her niece falls victim to the curse. While tracking it down, Reiko unwittingly exposes her son to the tape, pitting her in a race against the clock to discover the secrets behind its origin. A dirgelike procession of contorted corpses, grainy video footage and disturbing imagery, Nakata’s brooding J-horror classic unleashes a barrage of nightmare fuel that feeds off of the technological anxieties of our modern era.

This screening of Ringu is part of Japan Society's Monthly Classics Series.