ACF 1573: HINDSIGHT and NO MERCY out on DVD Today 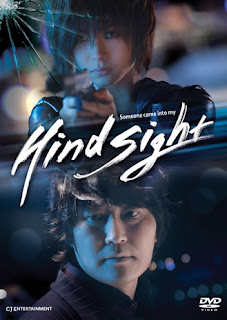 During the pre-credits sequence of Hindsight, a man is confronted by a young woman aiming a pistol at him. Another man, who has a rifle with a scope mounted on it, observes from a distance. A shot is fired and the first man falls. But just who shot him is unclear. When the movie proper begins, we learn that the man who was shot is YOON Doo-heon (SONG Kang-ho, The Host, Secret Sunshine, Thirst) He’s a retired gangster who has moved to Busan and wants to open a restaurant because the boss always owns one “in foreign gangster movies.” movies. To that end he is taking cooking classes, where his culinary aspirations far exceed his abilities.

Partnered with him at one of the cooking stations Se-bin (SHIN Se-kyung, My Little Bride, Cinderella), the woman who had the pistol in the opening scene. She’s far better at preparing food than he is. She is single, has a  boyish haircut and rides a motorcycle. The pair are like “odd balls out” from the other students, all of whom are all housewives. Se-bin also has an ulterior motvie: she’s been tasked by a rival gang, to whom she owes money, to keep and eye on YOON and submit weekly reports about his activities. When the boss of YOON’s old gang dies, a question of whether or not he will return to lead it once again. Meanwhile, Se-bin, a crack shot, has been tasked with killing him. Will she kill him and will Yoon’s struggle in cooking class all come to naught, both of which seem to have been the case in the movie’s opening?

Hindsight is a multi-genre film: a stylish thriller that is also part gangster movie, part romance, and part comedy. It works as well as it does largely because of the dynamism of the interaction between its two leads. SONG Kang-ho, one of Korea’s best and most popular actors, is charming and effective, a joy to watch, as always. SHIN Se-kyung pulls off a roll that is different from the good girls she’s known for playing. Here, she’s one tough cookie who can shot a gun, ride a bike, and hold her own in the verbal jousting that takes place between her character and SONG’s.

The DVD also has some fine special features. There’s a Making Of that really conveys what a joy it must be to have SONG on a set. He’s funny and generous, yet a total professional. Other features focus on SONG’s preparation for his action scenes and SHIN’s transformation into her character.

ACF Rating: 3 out of 4 stars for the film (a solid recommendation) and 3.5 for the DVD extras (superior) 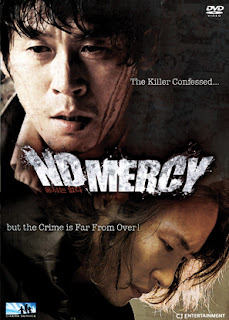 KANG Min-ho (SOL Kyung-gu) is South Korea’s top medical examiner. He’s on the verge of retiring so that he can spend more time with his grown daughter who’s returning from the United States, where she’s been living for several years. However, when the dismembered body of a young woman is found with all her body parts neatly arranged – except for a missing arm – KANG finds himself embroiled in a bizarre murder case.

The other two main characters are MIN Seo-young (HAN Hye-jin), a young female detective on probation (a “probie”) who displays keen insight into the case, and LEE Seong-ho (RYU Seung-beom), a victim of polio in his youth and currently the leader of the I Love Venus environmental group. When LEE confesses to the crime, it seems like the case is open and shut; instead it expands beyond the single corpse and becomes increasingly complex, convoluted, and dark. The initial murder becomes linked to another crime in the present, the threat of a more serious one in the future. All of these, it turns out, are related to events buried deep in the past.

In No Mercy director KIM Hyoung-jun has fashioned one of the finest police procedurals I’ve ever seen. The narrative is taut, compelling and totally gripping. The pacing is dynamic and the performances of both the three leads and the supporting cast are spot on.

This DVD also has some fine extras, including interviews with SOL Kyung-gu, RYU Seung-beom, and HAN Hye-jin, a music video, and trailers. However, the most interesting special feature to me was the one on forensics, which centered primarily on Dr. HAN Gil-roh, an advisor on the film. He points out that while the director changed some aspects of autopsies for dramatic purposes, overall the procedures shown were considerably more realistic than in all previous films depicting the subject.