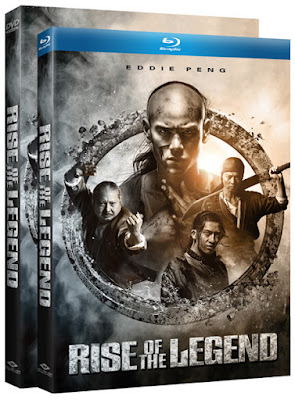 The story follows a powerful martial arts master (Peng) returning to the town where his father was murdered to take on a ruthless crime boss (Hung) in this origins story of the revered folk hero Wong Fei Hung, a martial arts master whose life has passed into Chinese folklore.

Synopsis:
A martial artist with extraordinary power (Eddie Peng) returns to the town where his father was murdered to face off against a ruthless crime boss (Sammo Hung) and bring justice back to the people. In Chinese with English subtitles.

AsianCineFest already has received its Blu-ray screener, so look for our review on or just before the May 24th release date.
Posted by Dr. Stan Glick at 1:30 AM