ALL ABOUT LILY CHOU-CHOU reviewed; screening at Japan Society on December 10, 2022 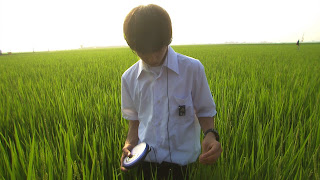 All About Lily Chou Chou began as an interactive novel Iwai wrote and posted on the Internet. The film captures the absurdities of growing up in Japan’s pervasive pop/cyber culture, in which Internet chat rooms, pop-idol worship, and harrowing school bullying are just part of a teenager’s daily life. Iwai’s poetic, gorgeously shot coming-of-age tale provides a disturbing look at the violence, terror, and isolation that characterized growing up in Japan at the turn of the century.

Be sure you have read and can follow Japan Society's health and safety policies before purchasing tickets to on-site events.  Review the Visitor Policies and Safety Protocols here. 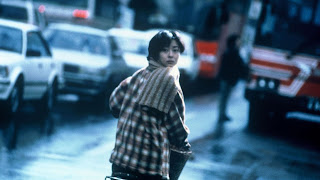 One of the most original talents to emerge from Japan in the ’90s, director Shunji Iwai tapped into the dreams and lives of Japan’s youth with his lyrical meditations on the hardships of young adulthood, capturing pivotal and unforgettable moments of life. Balancing popular entertainment with arthouse predilection, Iwai’s exhilarating takes on the youth film provided a much-needed voice for the younger generation, offering delicate portraits of adolescence, ripe with poetic yearnings of grief, friendship and young love. Iwai’s sumptuous visual style coupled with his affecting and underground appeal opened a world of new possibilities in the ’90s cinescape—marking him as one of the most accomplished and unique filmmakers of his generation.


Full info about the series can be viewed here.

Series Pass: Purchase Tickets for all films in the same transaction and receive $2 off each ticket.

Members: 20% off via promo code
Not a member? Join today.

Be sure you have read and can follow Japan Society's health and safety policies before purchasing tickets to on-site events.  Review the Visitor Policies and Safety Protocols here.
Posted by Dr. Stan Glick at 9:30 PM No comments: 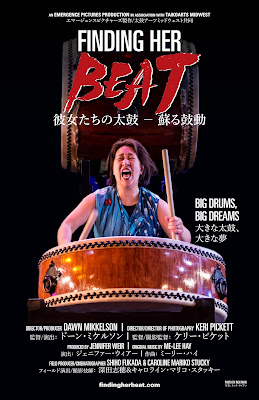 Finding Her Beat dives into the rhythms and struggles that lead to an electrifying historic performance that changes everything.
Posted by Dr. Stan Glick at 9:30 PM No comments:

Japan Society NY
and
The Agency for Cultural Affairs, Government of Japan
present

Known as Ichikawa's favorite of his own films, Conflagration is the pinnacle of the many acclaimed literary adaptations he and his wife Natto Wada worked on together. Loosely based on true events that also inspired Yukio Mishima's novel The Temple of the Golden Pavilion, the story involves the spiritual and psychological breakdown of an introverted, troubled youth named Goichi (Raizo Ichikawa), whose desire for pure beauty leads him to Kyoto's Shukaku temple, where he becomes an apprentice to the priest.

Haunted by the trauma of his father's death, Goichi is unable to reconcile the sacred beauty of the temple with postwar reality, and his absolutist ideals become increasingly distorted until they lead to destruction. Ichikawa's stark, poignant film is unforgettably rendered in stunning black and white by cinematographer Kazuo Miyagawa (Akira Kurosawa's Rashomon and numerous other highly regarded films). 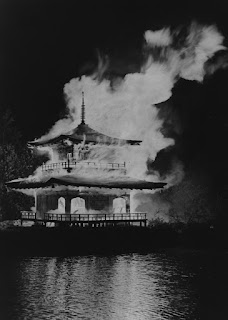 It's not difficult to understand why Ichikawa was so pleased with this film, as it's a superb piece of story-telling. And, as previously mentioned, Miyagawa's cinematography is outstanding.

Raizo Ichikawa, perhaps best known to Westerners for his portrayal of Nemuri Kyoshiro in the Sleepy Eyes of Death swordplay series, gives a superb performance as Goichi. So too does Tatsuya Nakadai as Togari, Goichi's lame and dissolute fellow student. It's a revelation seeing the two of them so early in their careers.

AsianCineFest Rating: 4 out of 4 stars, most highly recommended. In other words, it's a "must-see" if at all possible.

This screening of Conflagration is presented as part of the film series The Female Gaze: Women Filmmakers from JAPAN CUTS and Beyond. The films in the series were selected and are co-presented by the Japan Society and the Agency for Cultural Affairs, Government of Japan. Conflagration is In collaboration with the National Film Archive of Japan

DREAMING OF THE MERIDIAN ARC reviewed; will screen at Japan Society tomorrow at 1:00 pm

Japan Society NY
and
The Agency for Cultural Affairs, Government of Japan
Presents 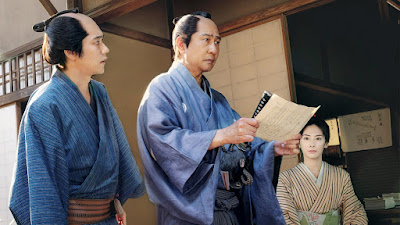 Dreaming of the Meridian Arc
Directed by Kenji Nakanishi
With Kiichi Nakai, Keiko Kitagawa, and Kenichi Matsuyama.
Japan, 2022, 111 minutes
DCP, color, in Japanese with English subtitles
When: November 12, 2022 at 1:00 pm
Where: Japan Society NY
333 East 47th Street
Buy Tickets
Kenichi Matsuyama's contemporary/historical comedy/drama will be shown tomorrow afternoon at Japan Society NY as part of The Female Gaze: Women Filmmakers from JAPAN CUTS and Beyond.
Synopsis (courtesy of Japan Society):
A locally funded TV dramatization of cartographer Tadataka Ino, the first person to map Japan in 1821, runs into trouble when it’s discovered mid-production that Ino died three years prior to the completion of his map. Weaving between modern day and Edo-era Japan, Dreaming of the Meridian Arc reveals the surprising story of Tadataka's disciples who hid news of their beloved master’s death and risked their lives to clandestinely complete the map in his honor. Adapted for the screen by Yoshiko Morishita (Flower and Sword) from Shinosuke Tatekawa’s rakugo story, Dreaming of the Meridian Arc offers a humorous and entertaining account of the exploits that led to the completion of Ino’s revolutionary map.
Review:
Considering that it has what I would term one of the lesser time slots in the series' schedule, I was more than pleasantly surprised to find that this film -- although not a masterpiece -- is nonetheless eminently enjoyable. The movie's conceit, if you will, is its use of the same actors playing characters in  the two contemporary sections of the film which bookend the central bloc in which they play historical counterparts to their modern day characters. On the other hand, perhaps the "historical" mid-section can most appropriately be considered the speculative musings of the main character Yasuharu Ikemoto, played by Kiichi Nakai. His subtle double takes when he recognizes a resemblance between present day characters and those in the historical drama are deftly done. Both he and the entire supporting class put in super fine performances and the dialogue and characterizations merit well-deserved credit to screenwriter Yoshiko Morishits, who adapted Shinosuke Tatekawa's rakugo story.
AsianCineFest Rating: 3.5 out of 4 stars; very good; a highly entertaining and enjoyable film.
Explore the complete series lineup and buy tickets here. All films were selected by the Agency for Cultural Affairs, Government of Japan and Japan Society and will screen in person at Japan Society.
Posted by Dr. Stan Glick at 10:30 PM No comments: