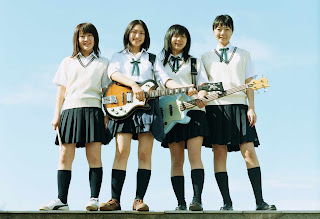 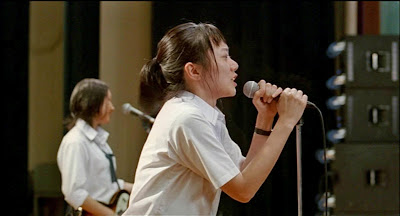 Son belts it at the Shiba High School Rock Festival 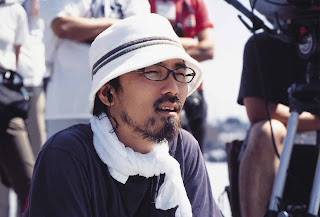 Director Nobuhiro Yamashita
Shiba High School is holding its annual Holly Festival, but the members of an all girl band slated to play at a rock concert on the last day have some major problems. Guitarist Moe has injured her hand in Phys Ed and can't perform. Kei and Rinko, the two founding and only remaining original members of the band, have had a total falling out, raising doubt as to whether or not the band will perform.

Kei decides to switch from keyboardist to guitar and to carry on with drummer Kyoko and bassist Nozomi. Now they just need a lead singer! Fate delivers one to them in the comic form of Korean exchange student Son, whose Japanese is, shall we say, somewhat deficient. The group, pretty much by chance, decides to do cover versions of three songs by The Blue Hearts, a very popular Japanese punk group that lasted from the mid-80s into the 90s. Leading off the set will be "Linda Linda," the group's biggest hit.

The film follows this quartet as they scramble for rehearsal space, fight exhaustion in the pressing need to get their act together in less than three days, and deal with ex-boyfriends and would-be suitors. As Kei, Yu Kashii is clearly the band's leader and chief decision maker. Aki Maeda (seen in Battle Royale and Battle Royale II) is adorable as the drummer and heart of the band. Shiori Sekine, from the real life band Base Ball Bear, has the least developed role as bass guitarist Nozumi. Her job is to feed the others and, at one rehearsal, tell each of them what they have to improve upon.

But the movie belongs to Du-na Bae, who was in Sympathy for Mr. Vengeance and the recent Korean horror hit The Host. As the well-meaning but somewhat out of it (due to language problems), she is hysterical as Son . There's something about her deadpan expressions and timing that, for me at least, bring to mind the genius of Buster Keaton.

Linda Linda Linda, which came out in 2005, screened at the New York Asian Film Festival 2006 last summer and subsequently had a limited theatrical release here in the states. I wrote a positive review of it in Asian Cult Cinema a couple of issues ago and was glad to see that a DVD was coming out on May 8th. The good people at VIZ Pictures, which is distributing the DVD release, were good enough to provide me with an advance copy. It's a beautiful transfer, and the soundtrack is spot on.

The extras include such standard fare as director and cast info, original trailers, and other VIZ Pictures DVD releases. However, there also two very informative and interesting extras. "Culture Tips" explains such rituals as the school festival and the direct expression of one's feelings for another. "The Blue Hearts Audio FAQ" feature consists of several brief commentaries by Patrick Macias, an early Western fan of the group.

I suggest you look at/listen to these two extras before you watch the film. Your appreciation for certain things, such as the ambition, not to say audacity, of the band to do cover versions of The Blue Hearts' hits, will be increased. Incidentally, when Son introduces the group as Paran Maum, she is using the Korean for Blue Hearts.

Linda Linda Linda is a delightful flick that's got everything going for it: cute young Asian females in school uniforms playing Japanese punk rock! Unless you absolutely hate all these things, you should definitely check it out. 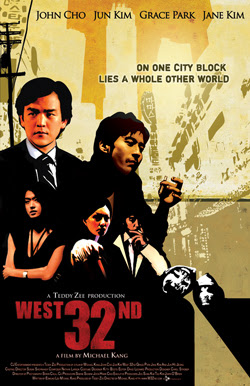 West 32nd is slated to have its world premiere on April 28th at the upcoming Tribeca Film Festival. John Cho (Harold & Kumar Go to White Castle) stars as a lawyer who represents a 14 year old boy facing a first degree murder charge. Grace Park, from Battlestar Galactica, also stars in this tale of the underworld of Korean organized crime in New York that is based on co-writer Edmund Lee's coverage of the subject in The Village Voice.

In conjunction wtih this premiere, Korean-American Director Michael Kang (The Motel) will participate in a panel discussion at The Korea Society on May 2nd at 6:30 PM. Executive Producer Jamin O'Brien and actor Jun Kim will also participate. William Phuan, program associate at Asian Cinevision, will serve as moderator.

The event is free. The Korea Society is located at 950 West Third Avenue, Eighth Floor, New York, NY. For their web page concerning this event, click here.
Posted by Dr. Stan Glick at 7:40 AM No comments: 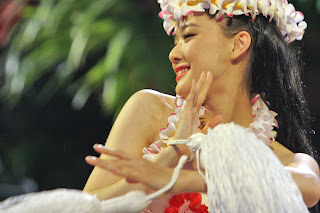 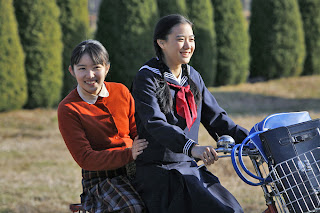 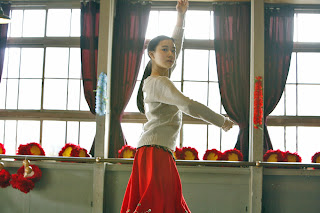 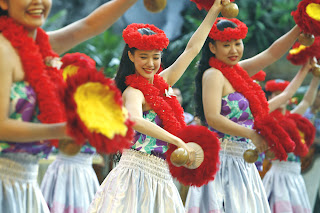 Hula Girls, Japan's official submission for Best Foreign Language Film at this year's Oscars, premiered on the East Coast on March 27th. The invitation-only crowd that packed Manhattan's ImaginAsian movie theater was treated to a terrific film, followed by a question and answer session with director Lee Song-il. The event was hosted by ANA (All Nippon Airways), Fuji Sankei Communications International, and NEWYORK-TOKYO.

Based on a true story, the film is set in the mid-1960s. Japan was undergoing a major shift from coal to petroleum for its primary energy source and many mining towns were closing down. In the town of Iwaki, about a three hour train ride up the east coast of Japan's main island from Tokyo, the Joban coal-mine was due to layoff 2,000 employees. However, in addition to coal, the town had hot springs, and management decided to create a spa resort with an Hawaiian theme, the Pacific islands being a popular vacation destination for many Japanese.
But to pull this off, the planned Joban Hawaiian Center needed hula dancers, and management sought them from the local population. Madoka Hirayama (actress Yasuko Matsuyuki), a professional dancer, is brought in from Tokyo to train these coal miners' daughters.
The film chronicles the trials and tribulations of Kumiko (Yu Aoi), who emerges as the leader, and her fellow would-be hula dancers. They have to overcome the initial condescension of their instructor, the opposition of many of their family and friends, and their own lack of talent and experience.
Hula Girls is an uplifting drama leavened with deft comic touches. Viz Pictures, the live-action film affiliate of Viz Media LLC, a leading publisher of Japanese animation and comics, will be presenting the film in a limited theatrical release in seven cities in the U.S. in July. A DVD is scheduled to be released in the November 2007. So if you can't see it in a theater, be sure to check it out on DVD.