Sorry to be a couple of days late with this, but the Fantasia International Film Festival, which began two days ago on July 14th and will run through August 4th in Montreal, is showcasing some terrific Asian films. 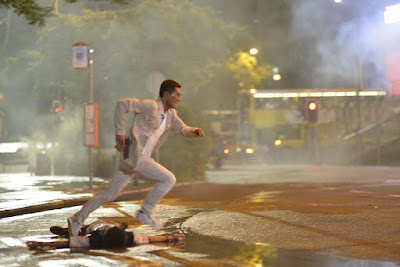 It’s been a long wait, but the dark god of hard-edged Hong Kong cinema is back. Alongside John Woo and Tsui Hark, Ringo Lam was key in defining the spirit of HK film in the late ’80s. Now, after a near-decade hiatus from feature filmmaking, he’s ready to show the world once again what happens when high-octane action and a hard-knock social conscience collide. Canadian Premiere.


A TRIO OF PREMIERES FROM THE GREAT SION SONO

Maverick director Sion Sono (LOVE EXPOSURE, SUICIDE CLUB), one of the most unique voices in modern cinema, makes a thunderous return to Fantasia with an unprecedented three films! First up is the International Premiere of manga adaptation SHINJUKU SWAN, featuring Gou Ayano (LUPIN THE THIRD), Takayuki Yamada (MILOCRORZE), and Erika Sawajiri (HELTER SKELTER)! Then, bear witness to Sono's sweet side at the North American Premiere of the family friendly LOVE & PEACE, an improbable mix of Japanese pop music, tokusatsu cinema, and talking toys - all laced with his unique sense of humour and critical, yet sensible view of modern Japan. Last but not least, the director hasn't lost his flair for subversion and pitch-black humour, and the North American Premiere of TAG wholeheartedly proves it! When action, gore, and uneasy hilarity meet existential reflection and lucid social commentary, you know Sion Sono is in the house - and the legendary director promises to leave his mark on Fantasia 2015. 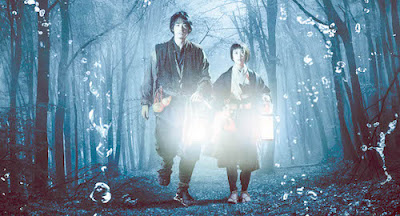 THE WORLD PREMIERE OF KEN OCHIAI’S NINJA THE MONSTER 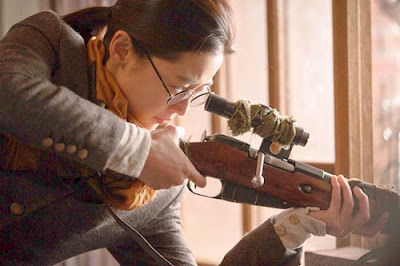 ASSASSINATION – INTERNATIONAL PREMIERE OF ONE OF
SOUTH KOREA’S MOST ANTICIPATED FILMS OF 2015!

In 1933 Shanghai, a command to covertly assassinate the commander of the Japanese army is given to a top-notch female sniper - but a traitor informs Japanese authorities, who promptly send out a hitman to get rid of her! Get ready for the International Premiere of ASSASSINATION, directed by Choi Dong-hoon (THE THIEVES), a tense, explosive period thriller that lavishly recreates its bygone era and boasts a cast of Korea's biggest stars - including MY SASSY GIRL's Gianna Jun, THE CHASER's Ha Jung-woo, and THE HOUSEMAID'S Lee Jung-jae! International Premiere. 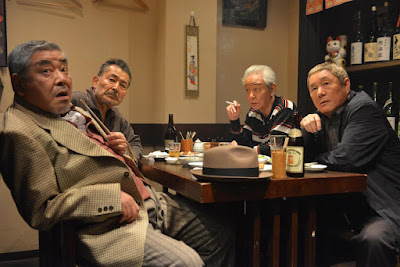 Coming immediately after his OUTRAGE saga, Takeshi Kitano’s hilarious crime story stars screen legend Tatsuya Fuji (IN THE REALM OF THE SENSES) as a retired yakuza who realizes that the only way to break the monotony of his daily life by reuniting with his old gang. This is a funny and heartfelt meditation on growing old that only the master of Japanese cinema could deliver. International Premiere
Posted by Dr. Stan Glick at 12:30 AM