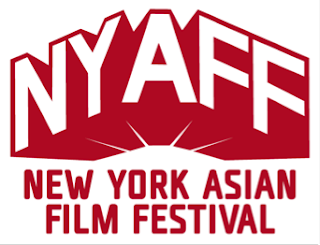 Film lineup to include the North American premieres of Nobuhiro Yamashita's La La La at Rock Bottom and Yim Soon-rye's The Whistleblower and the international premiere of Namewee’s Banglasia, which was banned in Malaysia

The New York Asian Film Festival (NYAFF), North America’s leading festival of popular Asian Cinema, is back for its 14th edition. Co-presented with Film Society of Lincoln Center and Subway Cinema, the festival will run from June 26 to July 11. The festival takes place from June 26 to July 8 at the Film Society and July 9 to 11 at SVA Theatre (333 W. 23rd Street). Initial details include notable awards to be presented to director Ringo Lam, superstar Aaron Kwok, and actor Shota Sometani. The festival will also host a slew of North American film premieres, as well as spotlight the works of Korean female directors and honor the memory of Japanese legends Ken Takakura and Bunta Sugawara with a joint tribute.

Hong Kong’s legendary director Ringo Lam (City on Fire) will receive the 2015 Lifetime Achievement Award. One of Hong Kong’s most influential directors, Lam was directing comedies when City on Fire was released in 1987, fusing the social-protest movie with kinetic action filmmaking. It was followed by the massive hit Prison on Fire later that year, and then School on Fire, a movie so unblinking that nervous Hong Kong censors sliced it to ribbons. Lam became one of the city’s best action filmmakers, and one of the few local directors to be so deeply concerned with the price of progress, the corrosive influence of money on human relationships, and the lives of the little people crushed beneath the wheels of change. In 2003, he directed what was to be his final feature and went into semi-retirement, only to be lured out again in 2015 with Wild City, in which Lam’s tooth-and-claw vision of modern urban living remains untamed.

Hong Kong’s superstar actor-singer Aaron Kwok (Divergence, After This Our Exile, Cold War) will receive the festival’s 2015 Star Asia Award on June 26. One of Hong Kong’s Four Heavenly Kings of Cantopop, Kwok has won dozens of awards for his chart-topping albums. For over 30 years, he has performed steadily both on television and in movies and is respected for his box-office star power as well as his outstanding acting chops. Kwok has worked with some of Hong Kong’s finest directors, like Johnnie To, Jacob Cheung, Andrew Lau, and Patrick Tam. His self-described Method acting was rewarded in 2005 and 2006 when he won back-to-back Golden Horse awards for Best Actor, a feat previously achieved only by Jackie Chan. Kwok was awarded his first Best Actor prize was for his performance in 2005’s Divergence, but it was his work in the 2006 After This Our Exile, for which he won his second award, that blew audiences away. In that film, Kwok’s fearless portrayal of a gambling addict exhibited a serious commitment to his craft as well as a complete lack of vanity. He then went on to give a series of startling performances in films like Yim Ho’s Floating City, the blockbuster Cold War, as well as his upcoming tour de force, Port of Call.

Japanese actor Shota Sometani will attend the festival on July 4, on the occasion of the New York premiere of Kabukicho Love Hotel, to receive the Screen International Rising Star Award. Director Ryuichi Hiroki will also be in attendance. This marks the second year of a partnership with Screen International, with whom the NYAFF will honor an emerging talent in the East Asian film world each year. At age 22, Sometani is already a leading man in both blockbusters and indie gems and has earned critical acclaim on the international film festival circuit. In 2011, he received the Marcello Mastroianni Award for Best New Young Actor at the Venice Film Festival for his performance in Himizu, along with his co-star Fumi Nikaido (last year’s recipient of the Screen International Rising Star Award).

Notable NYAFF titles this year will include the North American premieres of Nobuhiro Yamashita's La La La at Rock Bottom and Yim Soon-rye's The Whistleblower and the international premiere of Namewee’s Banglasia, which was banned in Malaysia, its home country.

The festival will also feature a section on Korea’s production company Myung Films, highlighting a few of their major works—Cart, The President’s Last Bang, The Isle, and Waikiki Brothers—as part of a greater focus on women who work behind the camera. Producer Shim Jae-myung and directors Yim Soon-rye (The Whistleblower) and Boo Ji-young (Cart) will be in attendance.

Japanese film legends Ken Takakura and Bunta Sugawara, both of whom passed away last November, will be the subject of the first joint tribute outside of Japan, which will feature the brand-new digital remaster of the 1973 classic Battles Without Honor and Humanity—screened for the time in North America—among others.

Screenings will be held at the Film Society of Lincoln Center's Walter Reade Theater (165 West 65th Street, between Amsterdam and Broadway), and SVA Theatre (333 West 23rd Street, between 8th and 9th Avenues).
Posted by Dr. Stan Glick at 1:00 AM