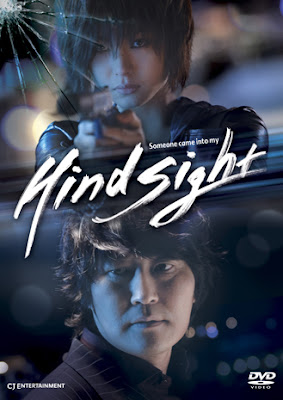 The closer they get, the more dangerous they become!

Love is a treacherous affair in Hindsight, coming out on DVD from CJ Entertainment America on July 31, 2012.

Once a legendary and brutal figure in organized crime, Doo-heon (the always a joy to watch SONG Kang-ho) just wants the chance to lead a normal life and dreams of becoming a chef with his own restaurant. When a young woman, Se-bin (SHIN Se-kyung), comes into his life, a shared passion for cooking soon becomes a romantic attraction, taking them both by surprise.

But when deadly cartel politics erupt – drawing a reluctant Doo-heon back into the violent shadows of the underworld as heir apparent – he becomes the assassination target of former colleagues and discovers the lovely Se-bin isn’t who she appears … harboring dark and treacherous secrets of her own. Can they trust one another?  Will his love overcome her betrayal?

Hindsight will be presented in widescreen (16x9) with an aspect ratio of 2.35:1 and 5.1 Dolby Digital. Filmed in Korean with English subtitles, special features are to include a “Behind-the-Scenes” featurette; a “Making of” featurette; Song Kang-ho’s four action scenes; Shin Se-kyung’s acting style makeover; and MNET trailer.
Posted by Dr. Stan Glick at 12:21 PM