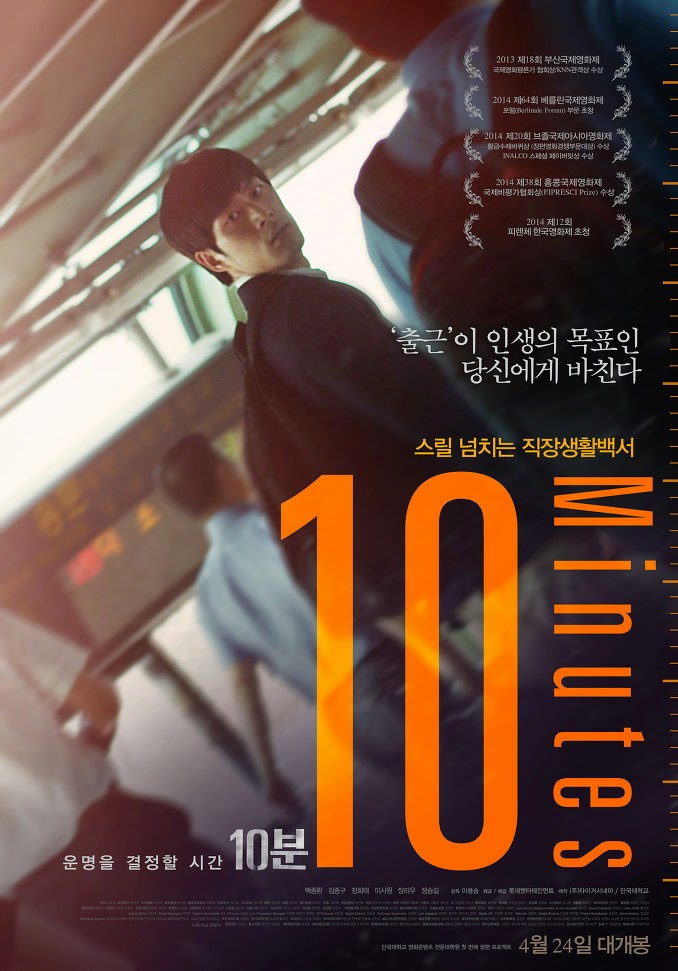 Ho-chan (BAEK Jong-hwan) is a college student who dreams to become a TV producer, but since his family is struggling with financial difficulties, he has signed up a 6-month paid internship in a government agency office. Despite the mundane clerical work, Ho-chan takes his responsibilities seriously and is beloved by his colleagues. The young man learns office politics and reality the hard way when a permanent position becomes available and he must fight for it to help his family stay afloat. Lee Yong-seung’s directorial debut and graduation project at Dankook University, 10 Minutes offers a sharp critique of Korea’s highly cut-throat corporate culture.
Posted by Dr. Stan Glick at 1:30 AM