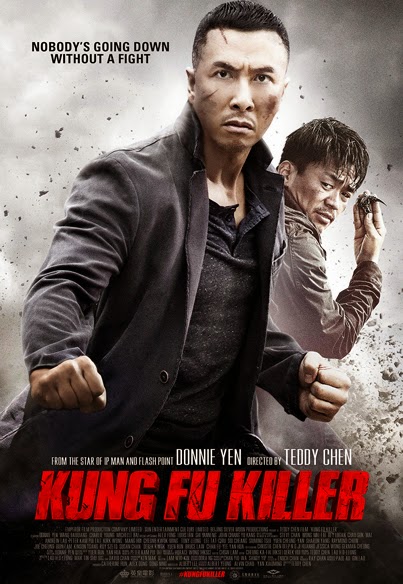 This terrific martial arts action film, which follows a serial killer who targets top martial arts masters, will open this coming Friday, April 24th. I've watched a screener and can attest to its greatness. Look for a review here at AsianCineFest on or shortly before Friday.

Synopsis:
A vicious serial killer is targeting Hong Kong's top martial arts masters. Convicted criminal and kung-fu master Hahou (Donnie Yen) is the only one with the skills to stop him. His insight into the killer gets him released from jail and into police custody. However, the cops soon have their doubts about Hahou’s true allegiance after a series of mysterious events. Hunted by a seemingly unstoppable killer (Wang Baoqiang) and by the entire police force, Hahou finds himself on his own, leading to a final battle in this action-packed, kung fu crime thriller from director Teddy Chen (Bodyguards & Assassins, The Accidental Spy).
Posted by Dr. Stan Glick at 12:30 AM