"Fukushima: In Search of a Lost Future" - film screening and discussion at Japan Society 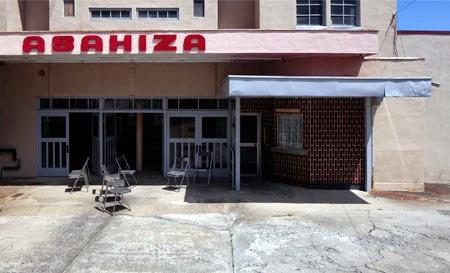 Featuring the International Premiere of the Documentary Asahiza

Four years after the devastating earthquake and tsunami in Japan, Fukushima Prefecture still faces a litany of challenges, especially from the ongoing crisis at the Daiichi nuclear power plant, which plagues farmers and fishermen, keeps 120,000 evacuees from returning home, and continues to flood the environment with fallout.

How do people heal and how does a community begin to repair itself when disaster looms so pervasively and presently years after the fact?

In Fukushima: In Search of a Lost Future, Japan Society presents an interdisciplinary evening that highlights what is happening and what is helping in Fukushima through disparate but interconnected points of view.

World renowned composer and multi-instrumentalist Otomo Yoshihide, who grew up in Fukushima, is a vocal force on the plight of the prefecture. In addition to producing and taking part in many events in support of recovery since 2011, he recently produced the soundtrack to a haunting and lyrical documentary, ASAHIZA. While focusing on the decline and abandonment of a century-old cultural hub – one time a kabuki theater, one time a cinema, always a place for the community to come together enjoy Japanese art and life – the documentary subtly, though powerfully comments on the sense of irreversible loss and daunting uncertainty facing everyone in Tohoku after 3/11.

Dr. Shin-Ichi Niwa is a leading figure in mental health in Fukushima and deeply involved in disaster psychology. He experienced the Great East-Japan Earthquake in a hospital located in the Aizu District, Fukushima Prefecture, and his work hospital, Fukushima Medical University Hospital, was designated as the medical care foothold in the prefecture immediately after the earthquake. Since the disaster he has provided services for victims of the earthquake and nuclear power plant accident, visiting many shelters in Fukushima Prefecture. He is a co-founder of Kokoro no Care Nagomi (KCN), a community-based mental health clinic in Soma, Fukushima, which has become a model for mental health services in Japan. KCN is supported by Japan Society's Japan Earthquake Relief Fund.

Taking place at Japan Society on Monday, April 20, at 6:30 pm, Fukushima: In Search of a Lost Future opens with the international premiere screening of Asahiza, introduced by Otomo, followed by a dialogue between Otomo and Dr. Niwa exploring loss of physical space, time and memory, and the general ramifications of the mental health of citizens living in Fukushima. The discussion will be followed by a reception.

"The issues with Fukushima are likely to take years to resolve. This event is a rare opportunity to learn about what is happening in the frontline of mental healthcare and disaster psychiatry in an extremely unique situation due to not just the natural disaster (earthquake and tsunami), but the man-made disaster of the nuclear power plant meltdown," says Betty Borden, Director, Policy Projects at Japan Society, who oversees the Society's Innovators Network and helps facilitate the Japan Earthquake Relief Fund.

Borden notes that although four years have passed since the disaster, a strong sense of uncertainty persists due to radiation contamination (no one knows how long the clean-up will take) combined with 'reputation damage' (fear from outside of Fukushima that has led to loss of sales of seafood and agriculture products and concern about fertility among girls and young women). "These two factors are having a deep impact on the psyche of the people, and this is in addition to concerns that face all the communities affected by the earthquake and tsunami, such as increases in domestic violence, alcoholism and suicide," says Borden.

Full details about this interdisciplinary event can be found here.
Posted by Dr. Stan Glick at 10:11 AM