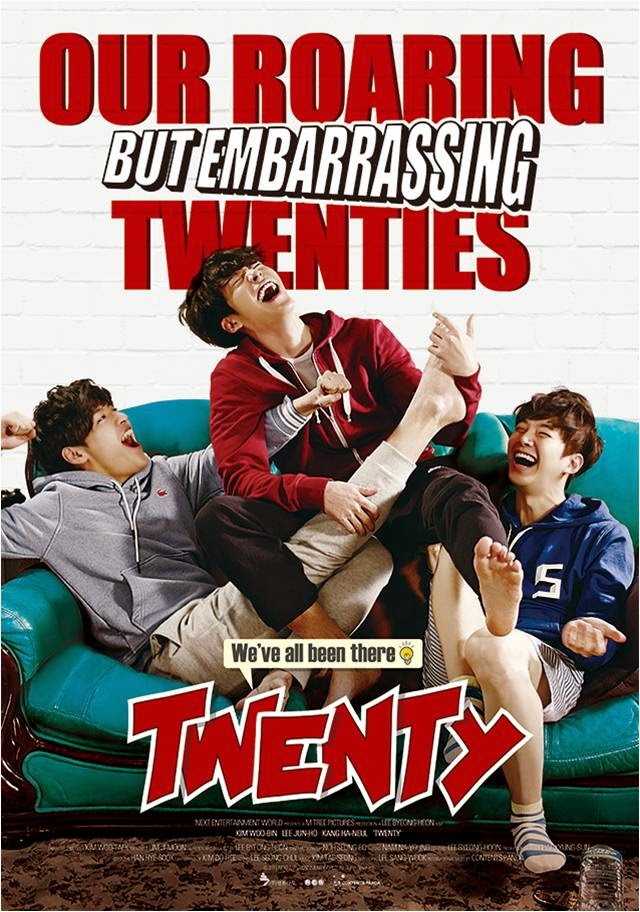 Fresh off a successful opening weekend in South Korea, Twenty, a coming-of-age comedy, released by CJ Entertainment in the U.S., will premiere in North American theaters on April 17, 2015. This highly anticipated film directed by LEE Byeong-heon, is a snapshot of what life is like to be twenty and living in Seoul right now. This youthful and witty story is brought to life by a stellar cast including, KIM Woo-bin (The Con Artist), KANG Ha-neul (Empire of Lust), and Korean Pop band, 2PM’s LEE Jun-ho.

Twenty is an age when no drunken mistake or heartbreak is insurmountable, and life is full of endless possibilities. Living off his parents and with seemingly no direction, twenty year-old Chi-ho (KIM Woo-bin) only thinks about women. His two closest friends are a virginal, slightly neurotic nerd, Kyeong-jae (KANG Ha-neul), and a hard-working, aspiring cartoonist, Dong-woo (LEE Jun-ho). At the awkward and embarrassing age of twenty, all three are forced to become adults faster than they planned.

The film was written and directed by LEE Byeong-heon, who built his career as a scriptwriter for blockbusters like Love Forecast and Tazza: The Hidden Card, as well as the breakout hit Sunny. With Twenty, he makes his mainstream directorial debut.