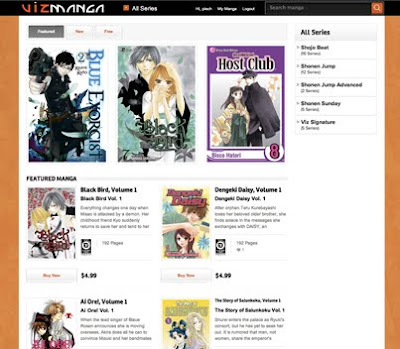 AUGUST SIZZLES WITH NEW DIGITAL RELEASES
FOR VIZMANGA.COM AND THE VIZ MANGA APP
FOR iPAD, iPHONE AND iPOD TOUCH

The First Half Of August Features The Debut Of
OISHINBO And WHAT A WONDERFUL WORLD!
Updates To 22 Popular Series

VIZ Media has announced a pair of new digital manga (graphic novel) titles that will be available on VIZManga.com and for digital download on the VIZ MANGA App for the Apple iPad™, iPhone™ and iPod™ touch.

The latest round of updates features the debut of OISHINBO, the appetizing series about Japanese gourmet cooking and cuisine, as well as the launch of WHAT A WONDERFUL WORLD!, Inio Asano’s poignant collection of vignettes depicting twenty-something angst, on August 8th.

Updates for the first-half of August are further augmented by new additions to 22 existing VIZ Media manga series, including AI ORE! Vol. 2 and THE STORY OF SAIUNKOKU Vol. 4, launching digitally with their print counterparts’ national release.

OISHINBO Vol. 1 • Rated ‘T’ for Teens • Available Now!
Written by Tetsu Kariya and illustrated by Akira Hanasaki, OISHINBO is considered to be the epitome of food manga and defined the genre while selling more than 100 million copies in Japan since its debut in 1983. The series depicts the adventures of journalist Shiro Yamaoka, who writes for the fictional newspaper Tozai News. As part of the celebrations for its 100th anniversary, the publishers commission the creation of the "Ultimate Menu," a model meal embodying the pinnacle of Japanese cuisine. This all-important task has been entrusted to journalist Yamaoka Shir_, an inveterate cynic who possesses no initiative – but also an incredibly refined palate and an encyclopedic knowledge of food.

WHAT A WONDERFUL WORLD! Vol. 1 • Rated ‘T+’ for Older Teens •
Available August 8th
A poignant collection of intersecting vignettes depicting twenty-something angst, WHAT A WONDERFUL WORLD! explores the various ways that modern life can be at once ridiculous and sublime, terrible and precious, wasted and celebrated. What begins with a college dropout bored of her mediocre routine soon becomes a fantastic series about the unexpected ways that lives intersect. Filled with magical realism in the face of the cold reality of modern life, these stories are about discovering something precious in the chaos of daily existence. 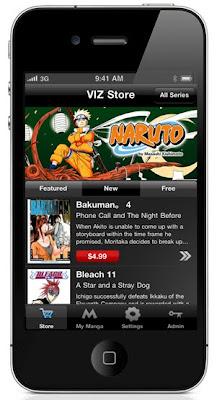 VIZ Media’s digital manga platform allows for universal access for fans for reading manga from their iPhone, iPod touch, iPad, and now, VIZManga.com for desktop/laptop computers and Android-powered devices with built-in web browsers. With one account, registered users are able to view their purchases across even more devices than ever.

The free VIZ Manga App continues to be the top app for reading manga on iOS devices and features a rapidly growing library of the most popular manga series in the world, currently offering 40 series and over 300 volumes, with new additions and free Chapter 1 previews added weekly.

For more information, visit VIZManga.com or www.VIZ.com/apps.
Posted by Dr. Stan Glick at 12:01 AM