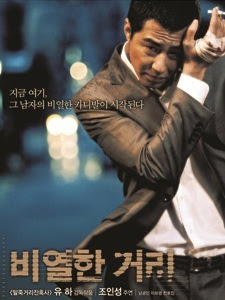 Variety says that A DIRTY CARNIVAL, “elevates the genre to an epic narrative level” and they’re right. This movie about the sudden rise, and even more sudden fall, of a low level gangster is a tour de force of filmmaking, full of sharp dialogue, nail-biting set pieces and emotions that hit you like a baseball bat to the head. Only a modest hit when it was released, Yoo Ha’s gangster flick has gone on to become a contemporary classic and is now widely considered one of the best of the breed. Full of razor-sharp performances and given a Latin cha-cha beat, A DIRTY CARNIVAL takes all the genre’s cliches, turns them inside out and makes them new again.
Posted by Dr. Stan Glick at 12:01 AM